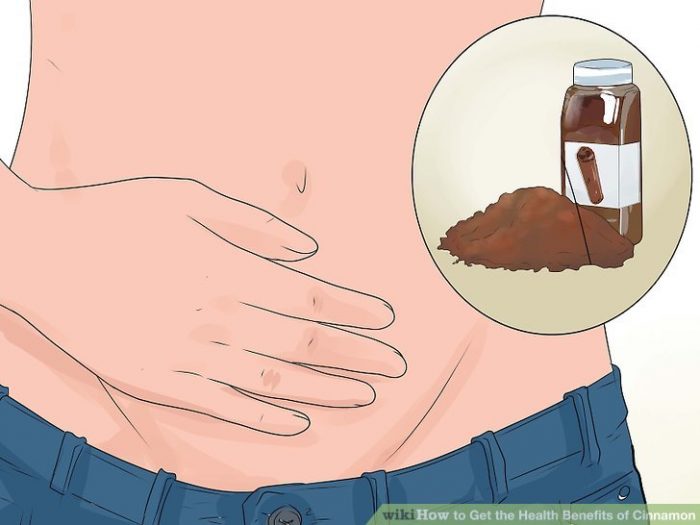 Cinnamon (Cinnamomum velum or C. cassia) has long been considered a “wonder food” in various cultures and science has shown that its active oil components such as cinnamaldehyde, cinnamyl acetate, and cinnamyl alcohol do convey certain health benefits.

While medical research is varied as to the extent of cinnamon’s health benefits and the jury’s still out as to whether cinnamon can truly combat disease, cinnamon does have a therapeutic role in certain ailments such as digestive troubles and minor bacterial infections or colds.

Choosing the best form of cinnamon. You can buy cinnamon in a powder, in sticks, as a supplement, and as cinnamon extract. Think about what you are using it for before deciding which form of cinnamon to buy.

If you want to introduce some cinnamon into your normal diet you will have different requirements than if you wanted to try to take it more medicinally. Try to use a variety of sticks and powders in different foods and drinks to keep it interesting.[2]

Add a teaspoon of cinnamon to warm drinks to reduce cold and flu effects. Cinnamon is considered to have good anti-microbial properties, which can help your immune system fight against a cold or flu. It can help to tackle the growth of bacteria and fungus.[4] By adding a teaspoon of cinnamon to hot water, you are making a soothing drink which will won’t cure your cold but will help you feel a bit better.

Add a teaspoon of cinnamon to soups. A lot like a hot drink, adding cinnamon to hot soup adds some flavour while also potentially bringing some relief to those under the weather.

2 Season high carb food with cinnamon. Adding a teaspoon of cinnamon to a meal that is high in carbohydrates can lessen the impact this food will have on you blood sugar levels. After eating, blood sugar rises as your stomach empties, but adding cinnamon can help to slow this process down and thus lower the rise in your blood sugar levels.[7] Scientific experiments have demonstrated the impact that adding a few grams of cinnamon to a dessert can have on the gastric emptying rate.[8]

3 Use cinnamon to aid digestion. An alternative to seasoning with cinnamon, is to have a small amount as a post-meal digestive aid. If you experience heartburn or indigestion following a meal, cinnamon might help you as it can stimulate a weak digestive system. It is the oils in cinnamon that can help break down food and thus aid digestion.[10]

4 Improve colon function with cinnamon. Cinnamon is an excellent source of calcium and fibre. The combination of these two components can be beneficial for the health of your colon. High levels of some bile salts can damage your colon cells, and potentially increase the chances of you suffering from colon cancer.[11] Both calcium and fibre can bind to bile salts and contribute to their removal from your body, which in turn can help you lower your risk of colon cancer.[12].

12 Reasons Why Pizza is Good for You